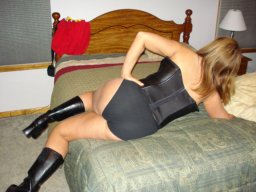 Not bad with the challenge only 2 strays, which I hope to corral soon Apr 9, 2021