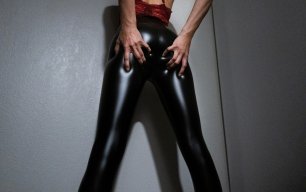 I've been a Domme to my husband for a couple of years, and I've become very interested in the lifestyle. Sep 22, 2022